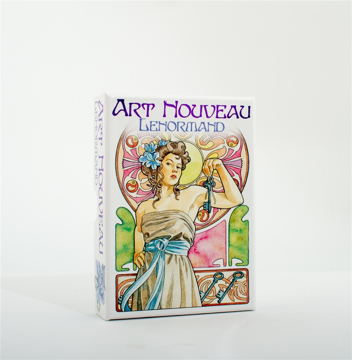 36 sibylline cards, painted with the elegant form and colours of Art Nouveau, that allow one to obtain advices and decisions regarding any topic. A renewed edition, with incredible artwork by Antonella Castelli. Divination using tools such as oracle Cards, help to bring higher guidance and advice into our lives and brings to the surface information that is hidden or not immediately obvious to us
159 kr 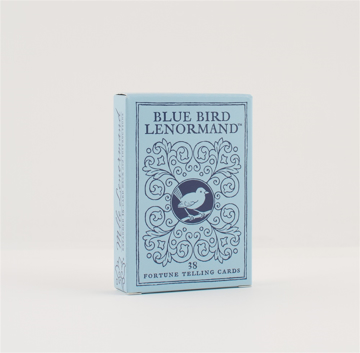 The Blue Bird Lenormand deck has an updated design with elegant, classic artwork. The 38-card deck now has extra Gentleman and Lady cards. It features playing card inserts and verses by Stuart Kaplan to assist the reader in interpreting the card meanings. The 40-page instruction booklet includes a brief biography of Mlle. Lenormand and card meanings.
169 kr 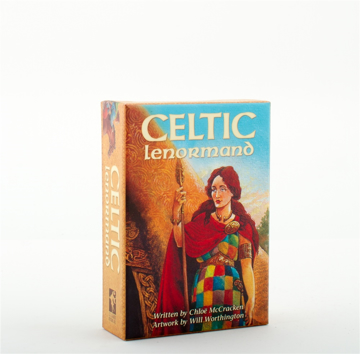 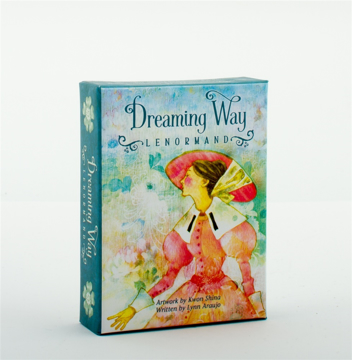 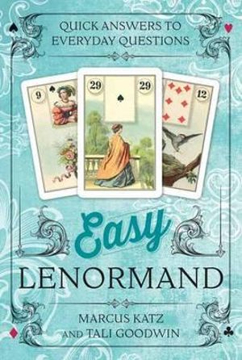 Originally developed in the nineteenth century and widely used in Europe, the Lenormand is a hugely popular form of fortunetelling for your romantic life, career, money, travel, and more. This fantastic kit includes a standard thirty-six card Lenormand deck and a helpful guidebook with card meanings and basic reading instructions.
259 kr 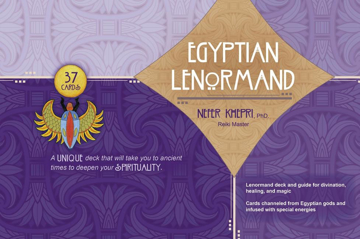 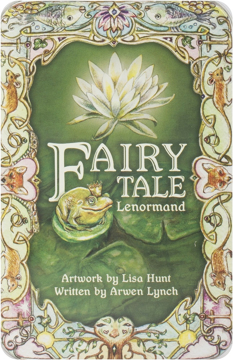 Fairy Tales have been teaching us timeless life lessons for centuries. Lisa Hunt’s enchanting artwork draws us into the magical world of peasants and princesses, dragons and daring deeds. By weaving imaginative myths into the Lenormand structure, Fairy Tale Lenormand helps readers connect with the cards in meaningful and memorable ways.
219 kr 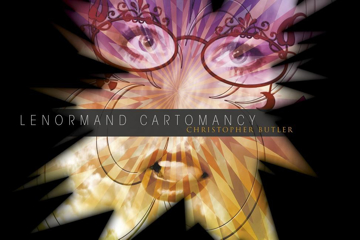 Marie-Anne Lenormand was the greatest celebrity fortune teller of the Napoleonic Era. Among her famous consultants were Frances, Lady Shelley, Robespierre, and the Empress Josephine, with whom she formed a lifelong bond of friendship.
399 kr 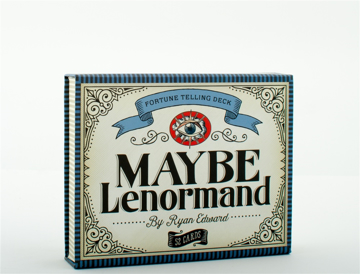 Maybe Lenormand honors the Lenormand tradition with stylized illustrations that convey the core meaning at the heart of each card. Expanding the 36-card Petit Lenormand, designer Ryan Edward has created 16 additional cards to complete a 52-card pack, following the heritage of fortune telling cards based on playing card decks.
189 kr 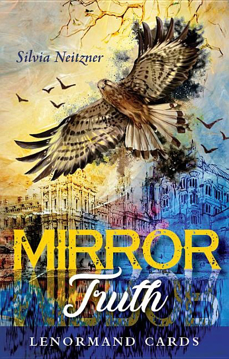 When you look in the mirror in the morning, you see your outer appearance. Now you can use your inner mirror to recognize invisible and hidden truths to bring them to light. These 36 captivating Lenormand cards with accompanying guidebook offer simplicity with truly inspirational and astounding accuracy.
219 kr 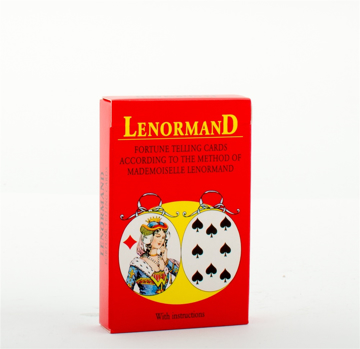 Mlle Lenormand came into prominence in France as a card diviner early in the 19th century. She made a deep impression upon the minds of her numerous followers and was celebrated by many famous personages. The verses on the cards do not replace an own interpretation - they make it just easier for beginners to recognize the significance of the card.
119 kr 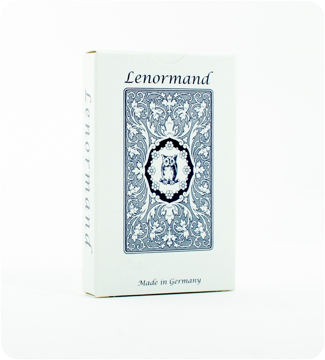 The no.1 of the classical Lenormand editions. These beautiful cards are published by AGM-Muller and AGM-Urania since many decades, a perfect reprint of the original cards from the 19th century. Their title “Blue Owl” refers to the traditional back of the cards.
89 kr 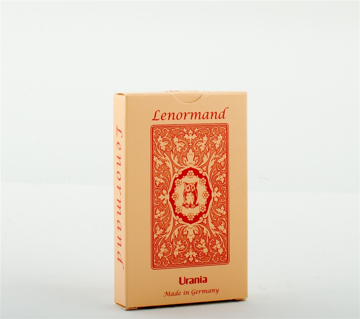 The traditional Blue Owl Lenormand cards now with explaining verses. Card interpretion has never been this easy! Mlle Lenormand (1772 – 1843) came into prominence in France as a card diviner early in the 19th century. She made a deep impression upon the minds of her numerous followers and was celebrated by many famous personages.
89 kr 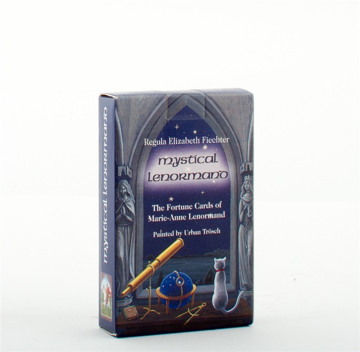 Use your own intuition and associates to interpret the cards, or refer to the accompanying 34-page booklet for guidance on each card meaning.
159 kr 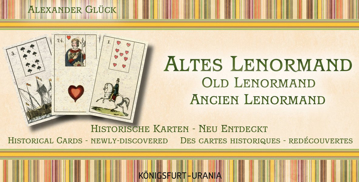 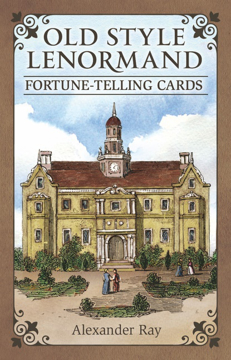 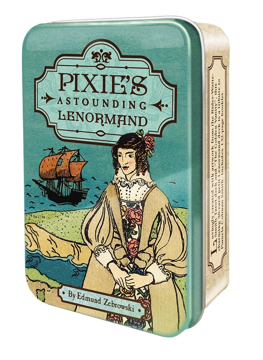 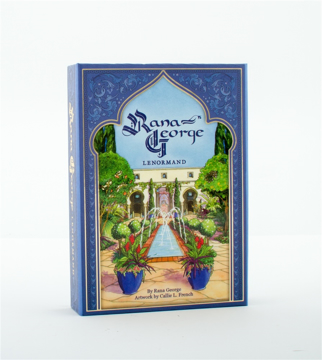 With a sprinkle of Lebanese folklore and a dash of 1001 Nights this exotic Lenormand deck reflects Rana George’s nostalgic views and personal memories of Lebanon. Rana also shares her considerable expertise in the art of reading with the Lenormand system.
219 kr 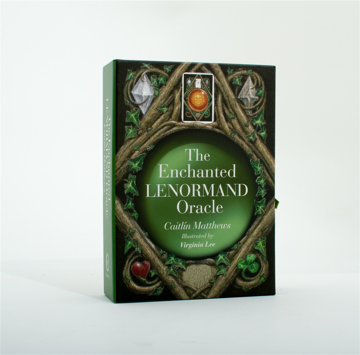 This is the classic Lenormand deck for the 21st century, now reissued with a fresh design to showcase the amazing hand-painted card illustrations that guide the diviner in solving problems, learning what the future holds and developing intuition.
229 kr 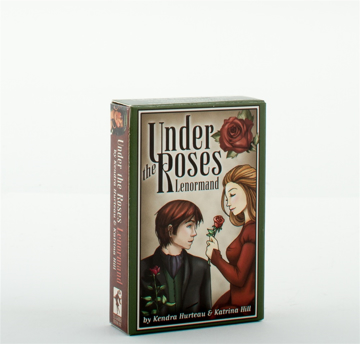 Discover the buried secrets in Under the Roses, a charming 40-card Petit Lenormand deck. For each card an iconic image is presented with delicate, sepia- toned illustrations. In addition to the 36 standard cards, this deck includes alternate cards for the Child, the Gentleman, and the Lady.

The 60-page booklet offers keyword summaries for each card. 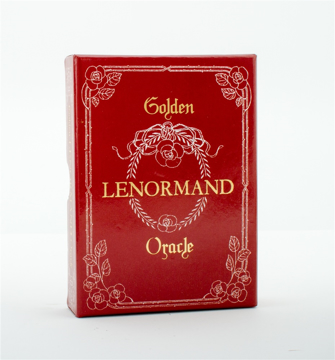 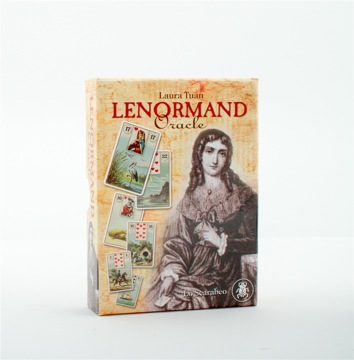 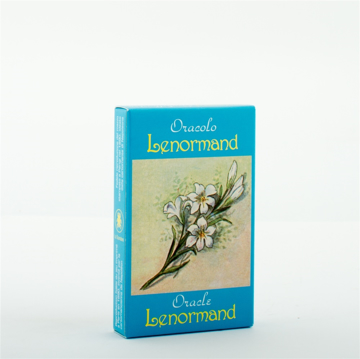 This is one of the most appreciated cartomancy decks: its 36 figures have a great fascination born from the suggestive power of the symbols.
59 kr 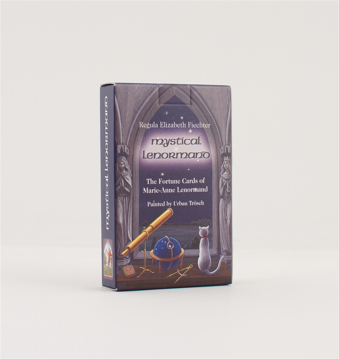 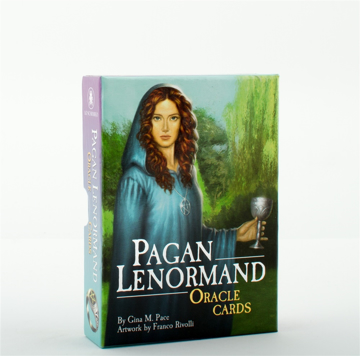 The images of the Lenormand are recreated to reflect pagan symbols, values and beliefs while retaining the clarity of the original oracle. Each card maintains its ability to predict mundane events while also being open to broader metaphysical possibilities. This deck, like pagans themselves, walks between two worlds, one where we live our everyday lives and one that is much older and more magical.
159 kr 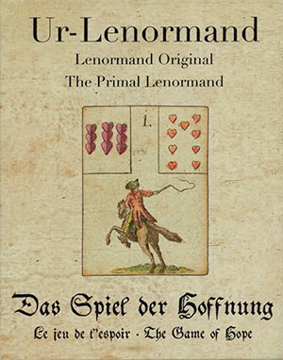 Primal Lenormand is a facsimile of the original Game of Hope cards published in 1799. The deck was initially conceived as a parlor game to be played with dice. Fifty years later the cards were used for divination by Mlle Lenormand. This Petit Lenormand deck has 36 cards. The booklet includes instructions for both the game and the oracle, in English, French and German.
219 kr 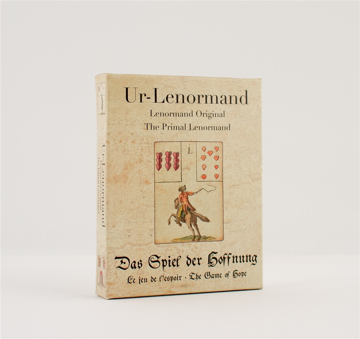 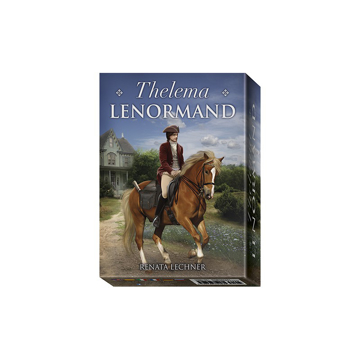 Gorgeously illustrated and rich in symbolism, Thelema Lenormand Oracle unites esoteric energy with deep wisdom, resulting in a deck that enhances your readings and inspires you to explore the essence of another time and place. This deck is a perfect tool for anyone who wants quick answers to the issues that crop up in day-to-day life and for those who want to go deeper.
169 kr
Populära taggar
Visa alla
Filter Close
Rensa alla
Pris Rensa
Min: 59 kr Max: 399 kr
kr59 kr399
I lager Rensa
Mediatyp Rensa
Språk Rensa
Valda alternativ
Rensa alla
Visar av resultat
Kategorier